Atla & Matt are high school sweethearts. They met when Atla was 15 & Matt was 16, and have been performing together ever since.

“We started as best friends. We were both studying jazz music at the Greater Hartford Academy of the Arts (a performing arts magnet school), and we loved the same musicians: Ella Fitzgerald, Oscar Peterson, Ray Brown, Jon Hendricks, Nat King Cole… We’d stay after school and work on music together. Jazz was really the foundation for our friendship. We just loved sharing our passion for the music. …looking back, we had an amazing journey together, and I especially appreciate how our personal relationship gave us the opportunity to challenge each other musically. We’re always sharing new records…new sounds with each other and encouraging each other to develop and grow.” -Atla

In 2015 the DeChamplain’s released PAUSE, their first album as a team. 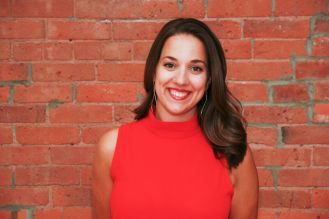 In 2003, Atla had the opportunity to sing with Jazz legend Jon Hendricks at the Monterey Jazz Festival. Hendricks invited Atla to study with him at the University of Toledo. She accepted the offer and studied with Hendricks for 1 year. She then transferred to the Jackie McLean Institute of Jazz at the Hartt School of Music and formed a trio with Matt DeChamplain (piano) and Adam Cote (bass). She studied with vocalists Shawnn Monteiro and Dena DeRose and worked under bassist Nat Reeves and trombonist Steve Davis. She completed her Bachelors Degree magna cum laude. She continued her education at the University of Toledo, where she received her Masters degree with a full scholarship. She worked as Jon Hendricks assistant and researched vocal jazz pedagogy as it relates to the performer. Atla currently teaches jazz voice at Western Connecticut State University, and teaches music at Capital Community College. She is currently working on a book about learning and performing Vocalese. She also authors a blog for aspiring Jazz Vocalists. 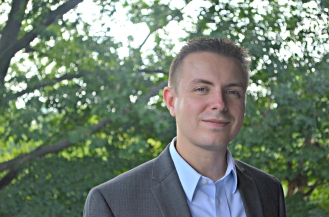 Pianist Matt DeChamplain grew up in Wethersfield, Connecticut. During high school Matt attended the Greater Hartford Academy of the Arts studying under Jimmy Greene and Dave Santoro. He obtained his bachelors degree from the Jackie McLean Institute of Jazz at the Hartt School in 2010 and graduated with his masters from the University of Toledo in Ohio in 2012.

Matt has performed at the Monterey Jazz Festival, Greater Hartford Festival of Jazz, Berks Jazz Festival, New York’s JVC Jazz Festival, the Berklee Jazz Festival, the Kennedy Center, Jazz at Lincoln Center and renowned jazz clubs such as the Regatta Bar, Smalls and Yoshi’s. In 2008, Matt was selected for the Betty Carter Jazz Ahead Program where he engaged in a two week intensive composition and performance workshop under the instruction of jazz luminaries Dr. Billy Taylor, Nathan Davis and Curtis Fuller culminating in three performances filmed live from the Kennedy Center in Washington D.C. That same year he was part of a group lead by bassist Nat Reeves that toured New Ross, Ireland. In 2010, Matt participated as a semifinalist in the Martial Solal Jazz Piano Competition in Paris, France.

As a sideman, Matt has appeared on guitarist Norman Johnson’s album “Get It While You Can” (2011), jazz violinist Jason Anick’s album “Tipping Point” (2012), and recorded several songs with vocal legend Jon Hendricks for “Holiday Wishes II: River of Stars” (2013). Also in 2013, he recorded a solo piano album titled “Stride-Bop” that sought to fuse the Harlem stride tradition with bebop and hardbop language. “Jazz’s rich heritage has been such an inspiration to me, and I hope that my combination of stride, swing, bebop and blues elements in these arrangements and compositions will honor it.” In 2015, Matt and his wife vocalist Atla DeChamplain released their first collaboration together titled “Pause.” The album features a guest appearance by Hendricks.

Currently Matt holds faculty positions at the Hartt School (University of Hartford), the Greater Hartford Academy of the Arts and leads the big band at Glastonbury High School. He has also taught at the Artist’s Collective, the Litchfield Jazz Camp and New Hampshire’s Jazz All State.

While maintaining an active performance and teaching schedule, Matt continues to arrange and compose.